WATCH THE FULL INTERVIEW BELOW

Recently Kandidate CEO & Founder spoke with Hung Lee on Episode 25 of Founders Focus. Below are some key takeaways from their conversation.

We are live everybody. So, welcome to Founders Focus. This is the thing that I enjoy doing the most. And I can say honestly that I’m thrilled to be speaking with people that have been so annoyed about the problems in recruiting that they’ve gone ahead and tried to set up a business to try and solve that.

We’re up to episode 25 already. I’ve had some wonderful conversations with inspirational people – different personalities coming from different backgrounds, all telling us their founders’ stories and also what they’ve learned in their entrepreneurial journey. What they’ve learned as a business leader and as a runner of organizations so I hope you’re gonna continue and enjoy this show with us today. We have my good friend Alex van Klevaren, CEO of Kandidate.

So Alex, welcome to the show, man! Great to have you and you and I know each other for four to five years, maybe longer – at the beginning points when you were starting the business. So, can you give us a bit of an origin story as to how the idea of Kandidate emerged in your mind you thought “‘I need to build a business to solve these problems I’m encountering?”

So, I was working at a company as the GM. When I joined there are approximately 150 people that raised their series B or something like that. They then raised their series C so they went from 150 up to 350 in a pretty short space of time. They had attracted the most unbelievable team for the first I would say 100 but then trying to expand past that 100 up to 350 was a real challenge. We had a retention issue which is something that all startups all scale-ups face. So as I remember this was seven years ago, and I think talent acquisition has come on significantly since that, or at least, the knowledge base of it. So it was just watching all of that and I realized that once founders raise their series A, the biggest challenge is on the hiring side that becomes their biggest problem. And now we know that 80% of all funding goes on hiring or for people. So, I think it was just seeing that up close and I just thought there must be a way to help founders.

So firstly you came from a business background, you don’t come from recruiting but you were a gm at this startup. And obviously, you were a hiring manager effectively which I think is quite a rare thing for a hiring manager to come in, and actually, you know understand that hiring is such a significant problem to set up a recruiting business. But also I think you have a very clear view as to the problem set in the sense that it’s after the founders have run out of friends the prebuilt relationships – they start facing the problem. They have been hiring the people they know, and after scaling up, when their connections dry up, they face a lot of problems hiring people they don’t know. And even after they find these recruits, it is extremely challenging to maintain their level of enthusiasm in them.

Alex, in your opinion, how a leader might be able to maintain enthusiasm in the team and cultivate the system that helps people grow? 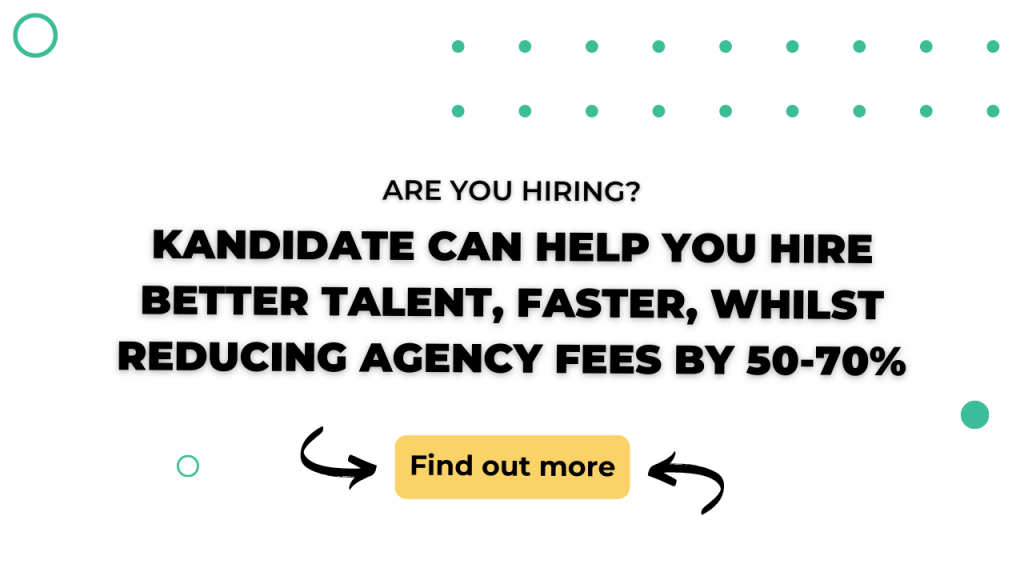 There’s a major reason why we people leaders fail to maintain the enthusiasm in the recruits. I frequently get to speak to a lot of people who leave very good companies. I mean, fantastic companies that raised lots of money. What’s missing here and for me, it’s clarity.

The recruits do not have the clarity they need to stay on the job. If they get the job, and while working, they get a shinier opportunity, where there’s more clarity – they will leave. Getting clarity about their career path brings a lot of peace to people. So, I think we need to cultivate a sense of clarity – and it will automatically cultivate that enthusiasm, and people will stay longer at jobs.

Yeah, it’s clarity and confidence about the career path the candidate is going to have at a company. You know, during these times, it’s easy to get people’s heads turned. For example, talent is being hunted everywhere, and instead of ignoring the email you receive; if you just send a reply and say ‘Yeah, send me something’ – before you know it, you’re at a third stage interview with that business. So, to retain your employees, it is essential to maintain the level of enthusiasm – and that only cultivates confidence and clarity in your company and the career path they have with it.

Alex, talking of career paths, in the recruiting industry – it is quite a complex system. You start as a source or recruiter then you move up the ladder and aim at becoming a junior talent partner – then head of talent and all. You can also take other paths during your career – you can become a GM, you can move ahead and become a departmental head, etc. But wherever your career might take you, there is a lot of diversification in the recruiting space. I want to know how Kandidate translates into a career opportunity? What does a journey of an embedded recruiter look like at Kandidate, and how does the academy comes into play? What are you teaching recruiters for them to escalate their careers?

So, in simple terms, you start as a Sourcer. You would then actually work internally for one of our talent partners for a while. Then, you would move to what we call the embedded sourcing model where you would work directly with a client. So, we’re a little bit different in that. Since I came from a recruiting background – I had to self-teach sourcing myself. And after learning that< I identified that it’s where you can have an impact on a business. If you have a great pipeline, you will close better deals. I applied the same principles to Kandidate as well. Now, we have 42 people in our sourcing team who bring us fantastic people. Most of them are well-known to you (Hung Lee) as well. All of them are great people, who are at the top of their game. They all come with a different approach – they source without LinkedIn. Probably for a lot of people in the industry, LinkedIn is the necessary evil – I shouldn’t say evil, it’d be nice to find another way. But our Sourcers do not use it much for sourcing.

Then, you move ahead and become a client delivery manager, and then, head of client delivery. Both of these roles are where you manage other talent partners. Lastly, I would like to say that this is not a hard and fast rule to follow this path – there are tons of more opportunities and paths available here at Kandidate. We have an amazing team from 26 countries, and most of them come from various backgrounds and have had quite different career paths with us too. We recently hired someone from Azerbaijan. There are people from other Asian and African countries as well. It’s also exciting to see that people from all around the world are working so closely with one another!

We’ll talk about that as well! To me, it’s kind of a little bit of a revolution. It’s fascinating to see how these companies can put together an embedded recruiter solution completely remotely. Back in the time, you would have to put someone on-site to learn what the customer demands. The customers also needed some physical evidence. Then, COVID came and disrupted the whole market. The customers started to prefer the digital model due to the fear of the spread of the virus – and that suddenly opened up the global market for everyone.

As we all have identified, so many people from other lesser-known areas of the globe have the potential and the skillset required which was previously locked for basically logistical reasons. As you mentioned, most of these people are from countries outside of the EU and the Schengen area. For people from these countries, it was not so smooth to relocate to the EU or Schengen before, but this remote revolution has changed it all.

So, Alex Van Kleveren, the CEO of Kandidate, thank you very much for joining us on Founders Focus today. Great to speak to you, you’re such an enthusiastic, friendly, and insightful guy. It was so interesting to hear your perspectives.

George is Marketing Manager at Kandidate. He has a background in D2C, B2C & B2B marketing, managing ad spend of $50k+pm, as a Senior Recruitment Consultant working in the commercial sector, and is also a Co-Founder of an African tech startup called Rokkup. 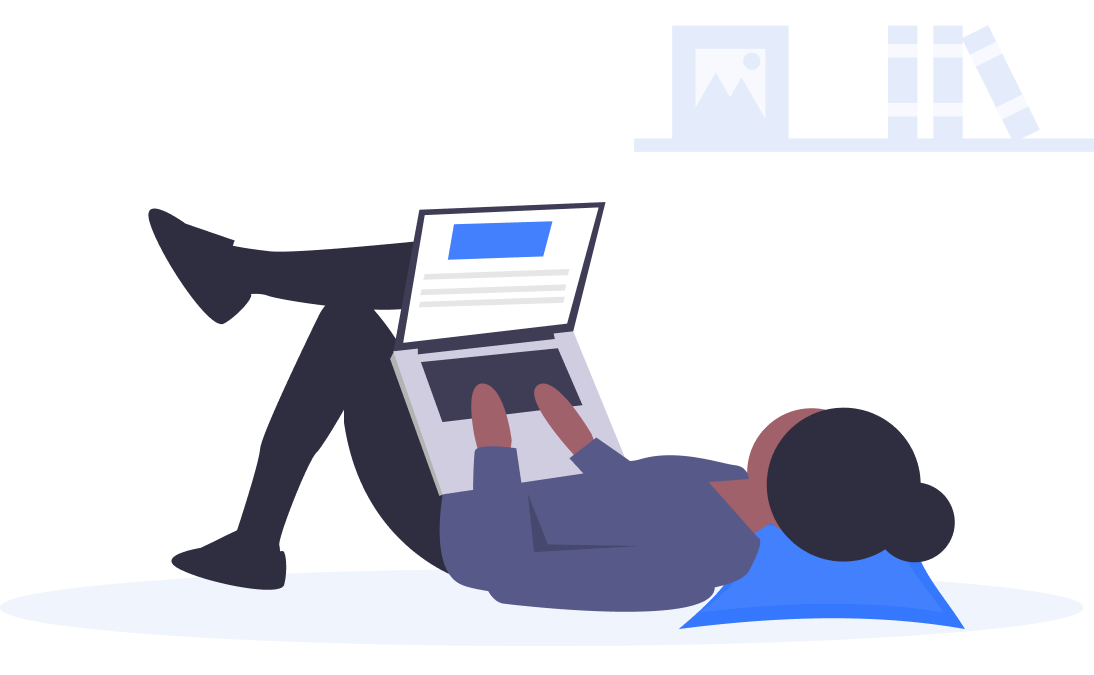